By Kcharm - February 17, 2021
Essa Ogorry, Founder and Lead Pastor of Fulfilling-Word Foundation Church based in Rivers State, is dead. 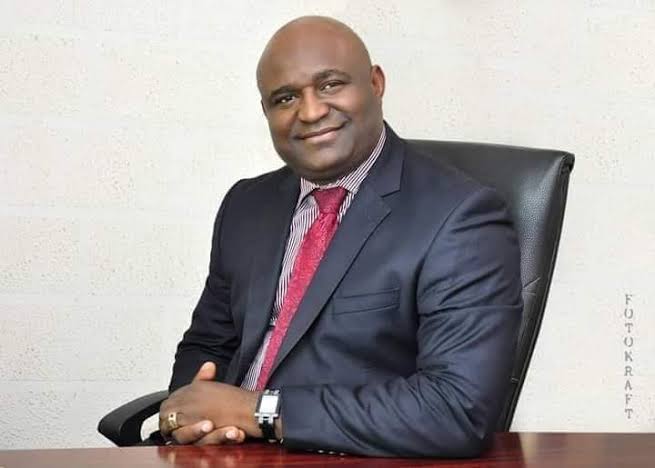 He died on Tuesday at the age of 55, a member of staff in the church, who did not want to be mentioned said.
Ogorry died exactly a year after his wife, Tonyemieba, passed on. The departed couple left a 17-year-old child.
The late Rivers-based preacher went viral recently for refusing to join an intending couple over their lateness to the wedding service.
The source close to Ogorry said, “My pastor has gone on to be with the Lord. He had health issues even before the wedding saga. We took him to the hospital and he had to come from Lagos to attend the wedding.
“He tried to preach the Sunday after the wedding but he was not in his normal strength. He went back to the hospital and he gave up yesterday (Tuesday) morning.”
“He celebrated his 55th birthday on February 9, last week. He lost his wife last year, on February 16, 2020, the same date,” the source added.
Speaking on the ‘cancelled’ wedding, the source said the groom and the bride signed a document that the pastor has the right not to join them together as husband and wife if they come late on the wedding day.
Describing the late preacher as a “father, a perfectionist and a disciplinarian”, the source said the viral ‘cancelled’ wedding which occurred on February 6, 2021, was not the first of such but added that the late preacher usually did join intending couples later on the same day after entreaties.
The source noted that the February 6 incident was different as the groom rained insults on the pastor.
The source said, “He (Ogorry) came that day and waited for five minutes. Before the day, he did interviews with the intending couple and he told them not to allow him look bad in the face of the congregation because that kind of thing had happened before when intending couples come so late and all the members will be waiting for them.
“For that reason, there is a document that every to-be couple sign that pastor has the right to cancel their wedding if they are late. The to-be couple in question signed it. They came more than five minutes late, they came over 15 minutes late and pastor had already gone into his office.
“The bride came to pastor and pleaded. Pastor considered going on with the wedding but the groom and his family rained insults on him. Then, an uproar ensued and pastor left the church.”
The source further said the church leaders and the family of the late pastor will meet to decide on the funeral arrangements.
Efforts to reach the state chairman of the Pentecostal Fellowship of Nigeria, Rev Dagogo Jack, for comments proved abortive as of the time of filing this report as his line was switched off.
Meanwhile, friends and members of the church have started paying tribute to the departed pastor on social media.
Metro