By Kcharm - February 10, 2021
One of Malta’s most prolific Nigerian footballing imports, Sunday Eboh, has been charged with four others in a romance fraud case. 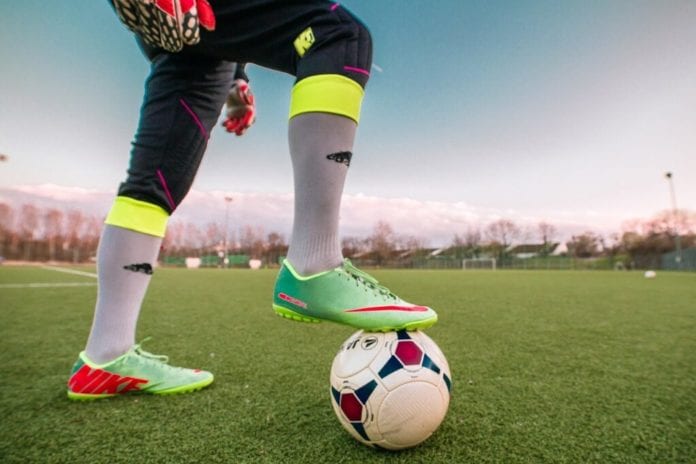 Eboh, Maltese national Alexandra Pace, Nigerian nationals Collins Eguavoen, Marvis Iyeke and Tony Ogbonna were arrested late Monday night to be charged with money laundering.
Police said that an elderly Maltese woman fell victim to the fraud after engaging in an online relationship with who she thought was an American soldier deployed in Afghanistan.
The soldier was supposedly returning to Malta once his deployment ended. Despite never meeting with the soldier, the woman took the relationship seriously, and transferred €58,000 to the person who allegedly asked her to pay for his expenses.
Investigations by the police revealed the alleged fraud was being carried out in the country by a group of people who were seeing that the money was being deposited in a number of local bank accounts. The money was being transacted in small amounts and laundered.
The police were able to identify who was behind the scam and arrested five individuals aged between 28 to 58 years of age.
Police suspect Ogbonna is the mastermind in the operation, although no account was traced back to him.
Eboh has played for a host of Maltese teams, namely Marsa, Birkirkara, Victoria Hotspurs, Marsaxlokk, Floriana, Naxxar Lions, Birzebbugia, and Pembroke.
He also played for Greek side Apollon Smyrnis. Magistrate Doreen Clarke refused bail after the prosecution raised fears that the accused could tamper with evidence or approach the vulnerable victim.
This is the first case which will see people being charged for online fraud through a virtual relationship.
The prosecution was led by lawyers lawyers Karl Muscat, Sean Xerri de Caro and Abigail Caruana Vella from the office of the attorney general.
They were assisted by Inspector Sarah Zerafa from the Paola district and Inspector Claire Borg from the Economic Crimes Squad. Lawyers Leontine Calleja, Robert Anthony Piscopo and Charles Mercieca appeared for the accused.
Sports