Prince Harry And Meghan Are Expecting Their Second Child

Prince Harry and Meghan Markle are expecting a second baby. 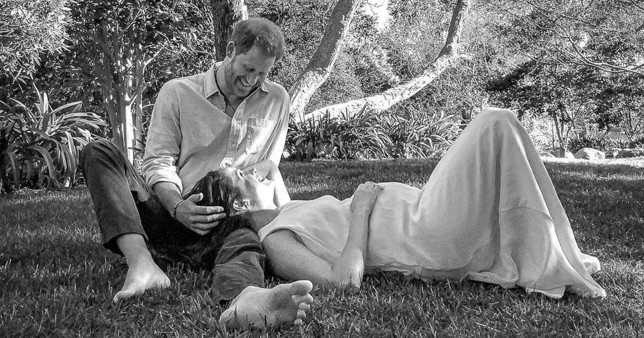 The Valentine’s Day announcement came with a black and white picture of the smiling couple and the Duchess showing off a slight bump.

A spokesperson for the pair said on Sunday evening: ‘We can confirm that Archie is going to be a big brother.

The Duke and Duchess of Sussex are overjoyed to be expecting their second child.’ The couple have not yet revealed if they are expecting a boy or a girl.

But the announcement included an image of them sat under a tree, with Harry resting his hand on Meghan’s head as she lay in his lap cradling her stomach.

The Queen is said to be ‘delighted’ by the news. A Buckingham Palace spokesman explained: ‘Her Majesty, Duke of Edinburgh, Prince of Wales and the entire family are delighted and wish them well.’

Harry and Meghan are already parents to Archie Mountbatten-Windsor, who was born in May 2019.

The news comes after the duchess suffered a miscarriage in the summer of 2020, and just days after she won a prominent legal case.

In November, Meghan revealed that she had miscarried in a deeply personal article for the New York Times, writing: ‘I knew, as I clutched my firstborn child, that I was losing my second.’

Misan Harriman, a friend of the Duke and Duchess of Sussex and the photographer  who took the photo that accompanied the announcement, tweeted: ‘Meg, I was there at your wedding to witness this love story begin, and my friend, I am honoured to capture it grow.

Harry and Meghan’s baby will be the Queen and the Duke of Edinburgh’s 10th or 11th great-grandchild – depending on whether he or she arrives before or after Zara Tindall’s child, which is also due in 2021.

In October, a potential court appearance was postponed from January 2021 to the autumn for a confidential reason. It led to behind-the-scenes speculation that Meghan might be expecting a baby.