The United Arab Emirates, on Saturday, announced an amendment to its laws to allow foreigners to acquire its citizenship. 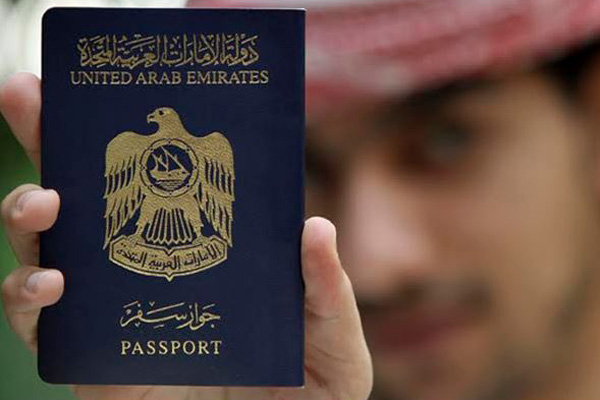 The UAE Government, in a statement, said the Emirati President, Mohammed bin Rashid, approved that foreign professionals, investors and their families would be allowed to acquire the Emirati nationality under certain conditions.

The statement read, “Under the directives of UAE President, Mohammed bin Rashid approves amendments to the Executive Regulation of the Federal Law concerning Nationality allowing investors, professionals, special talents and their families to acquire the Emirati nationality under certain conditions.

“The step aims at appreciating the talents and competencies present in the UAE and attracting more bright minds to the Emirati community in a way that contributes to the development and prosperity of the country.”

UAE, especially, Dubai, is a top destination among Nigerian migrants. A percentage amongst Nigerian vibrant youthful population finds the middle east nation attractive. Nigerian elite and bourgeoisie also find the tourism hotspots in the gulf state appealing. Many Nigerian politicians have also been reported to own properties in the UAE.

But the Gulf nation last year slammed some restrictions on Nigerians in what many described as stern bilateral policies against the West African country.

The sanctions were not unconnected to fraudulent activities perpetrated by some Nigerians based in Dubai including alleged international internet fraudster Abass Ramon aka Hushpuppi who was arrested by the Dubai Police in June and is being prosecuted in the United States.

Amongst other moves, the UAE authorities excluded Nigeria from a list of countries permitted to fly into the Emirates. It also stopped visa issuance to Nigerians.

However, the UAE authorities later resumed visa issuance to Nigerians after its pride, Emirates Airline, was barred from operating flights into Nigeria, which is one of its commercially viable routes.