Jill Biden walked Joe Biden out of the Oval Office on Friday to give him a goodbye kiss before the president headed to Walter Reed hospital to visit wounded soldiers. 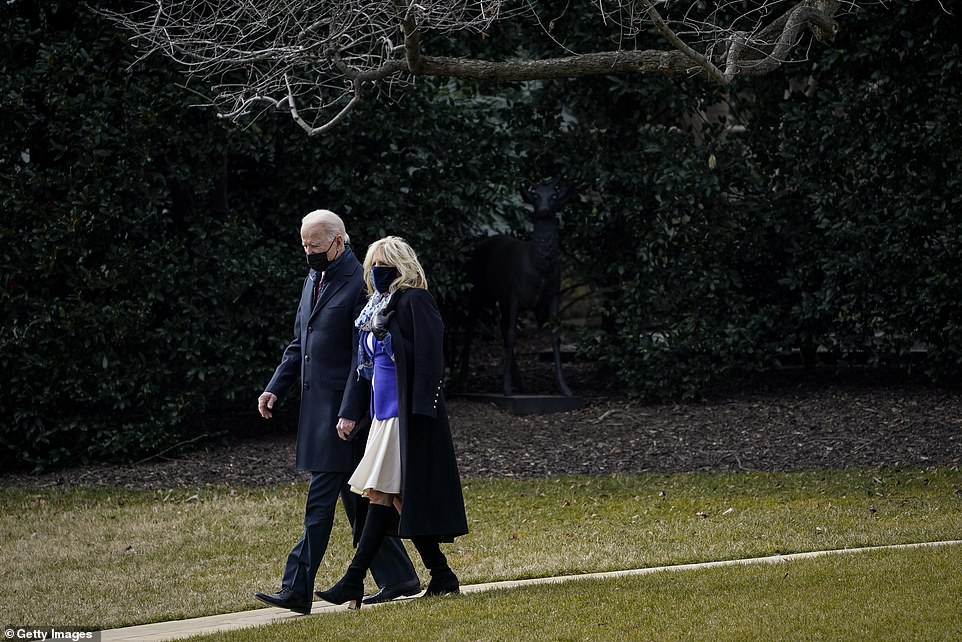 The first couple had to pull down their face masks to kiss.

It marks Biden's first official trip out of the White House since becoming president and his first ride on Marine One as commander in chief.

The Bidens have a long history with the National Military Medical Center, which treats thousands of service members, military veterans and their families.

As vice president, Biden and Jill visited troops often, including on Christmas Day. Additionally, doctors at the military hospital treated Biden's son Beau when he was diagnosed with brain cancer. Beau died in 2015.

'I've been at Walter Reed a lot. I spent almost six months there myself as a patient. And in addition to that, as Vice President, every single Christmas, we spent all of Christmas Day at Walter Reed. These kids are amazing,' he told reporters on the South Lawn before he left. 'They're real heroes.'

He also watched vaccination distribution at the hospital, which took place in a converted basketball gym.

He also spoke with Col. Andrew Barr, the director of Walter Reed National Military Medical Center, and Command Master Chief Randy Swanson. He thanked them for caring for his son and other service members.

The trip marks Biden's first official departure from the White House gates. In his first 10 days in office, Biden visited the Lincoln Memorial on the evening of his swearing-in as part of his inaugural festivities. He also went to church last Sunday. 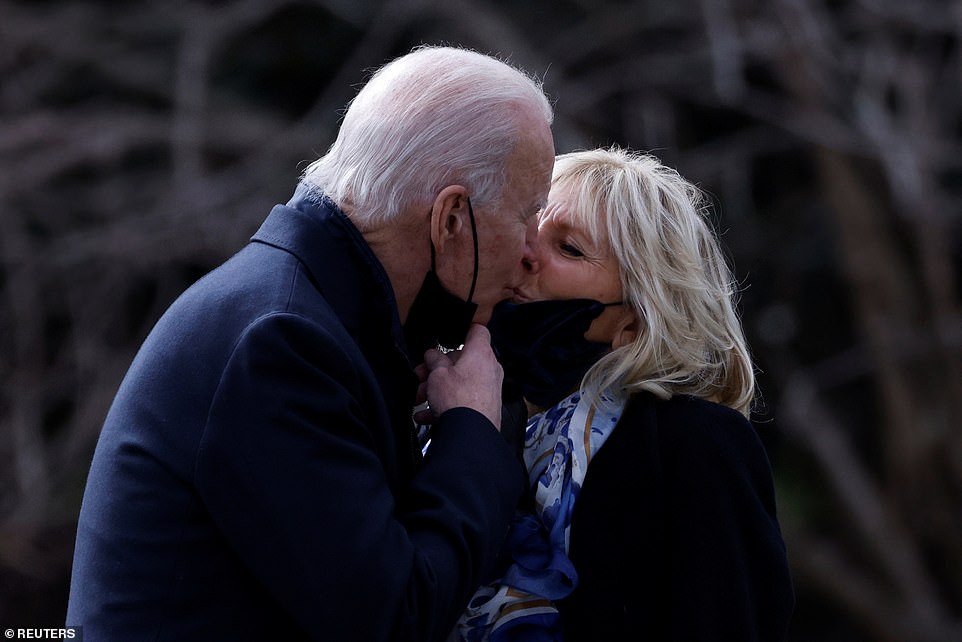 Before seeing her husband off, Jill Biden held a military-related event of her own.

She spoke to military children who are a part of the Military Children Education Coalition's (MCEC) Student 2 Student peer mentoring program. The zoom call was part of the first lady's Joining Forces program, an initiative she originally stared with Michelle Obama and brought back with her to the White House.

She spoke with five teens who are part of the program.

'The Biden's are a military family,' she told the kids.

She told them she admired their resilience as they dealt with the challenges of being in school during the pandemic.

'I do see your resilience and your flexibility and your strength. But I also see your vulnerability, I mean you kids are going through a lot. Don't underestimate. You know how hard it is how difficult it is to, sort of, dig deep within,' she said.

She told the kids she and the president see them.

'Please, please know that the president, my husband Joe, you know, we see you every single day, and certainly appreciate all the sacrifice that you that you all are making for this country,' she told them.

'It is the families who serve alongside you know the the military person. And so I don't want you to feel like we don't see you. We see you, and we appreciate every single day, all that you're doing,' she said.