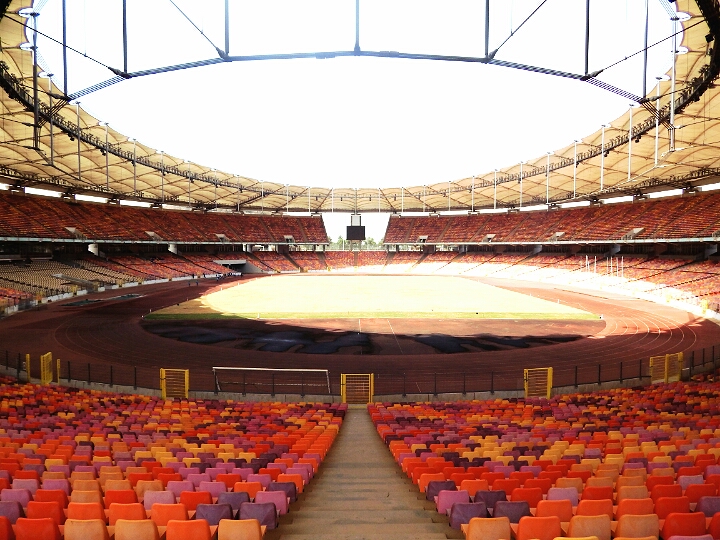 A top sports ministry official, who spoke on condition of anonymity, stated this while speaking with The PUNCH on Sunday.
The Eagles last played a home game at the stadium in 2012.
Since then, the Godswill Akpabio Stadium in Uyo, Akwa Ibom State, and the Stephen Keshi Stadium Asaba, Delta State have hosted the Eagles’ home games, but their most recent home match was played at the Samuel Ogbemudia Stadium, Benin City, Edo State, which ended in a 4-4 stalemate against Sierra Leone in a 2021 AFCON qualifier.
“The Eagles have been on a tour of the country, no thanks to the unplayable pitch of the Moshood Abiola stadium,” the source said.
“The Abuja stadium will be completed by April 2021 according to the schedule of the contractors and before then FIFA would have been here for inspection to certify the stadium fit to host the World Cup qualifiers.
“The sports minister (Sunday Dare) is committed to securing a home ground for the Eagles, who have become homeless for years due to the poor state of the stadium.”
Eagles coach Gernot Rohr had made a passionate plea to the sports minister, Sunday Dare, to bring the Eagles back to Abuja for their home matches.
“The Abuja stadium will be very good for the team if it is in very good condition. I will like the team to play there always.”
The Qatar 2022 World Cup qualifiers kick off in May 2021 and end in October 2021.
The Eagles have been drawn against Cape Verde, Central African Republic and Liberia in Group C.
(Source: PUNCH)
Sports