By Kcharm - December 10, 2020
Unidentified hoodlums broke into the office of the speaker, Ogun State House of Assembly overnight and stole the official symbol of the legislature. 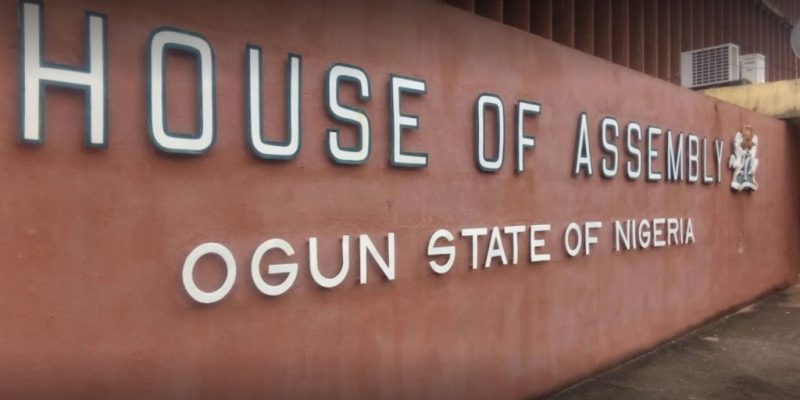 The assembly building which is located a few meters away from the Governor’s Office complex in the precinct of the State Secretariat, Oke – Mosan, Abeokuta, was cordoned off by some security agents who denied anyone access into the complex, citing orders from above.
The spokesman of the Ogun Police Command, Abimbola Oyeyemi, confirmed the incident.
The incidence happened just a few hours after three suspected internet fraudsters gang-raped a teenager in the state.
The 18 year-old girl (name withheld) narrated how she was gang-raped by three suspected Yahoo boys in Ilese, Ogun State.
The victim claimed the incident occurred last weekend on her way to Ita-Ale area of Ilese-Ijebu when she was accosted by three young men who rode in a Lexus ES 350 car and blocked her.
She said they forcefully dragged her to Rasanwa area where they took turns to rape her at gunpoint.
The victim who managed to put herself together said she reported the incident at Ilese Divisional Police Headquarters in Ijebu-Ode, Ogun State.
On the strength of the report, the Divisional Police Officer, Ilese Division, Yakubu Bala, mobilized his detectives and stormed their hideout where one of the suspects was arrested.
The arrested one led the police to his colleagues after which they were subsequently arrested.
The suspects are Tunde Sadiq Taiwo, 22; Damilola Adesina, 20; and Adegoke Amos, 21. They confessed to the crime saying they committed the heinous act thinking the police no longer work in Nigeria.
The Commissioner of Police, Edward Ajogun, has ordered the transfer of the suspects to the state CIID.
The CP also warned criminals who have the erroneous belief that the police had been subdued to be careful, warning that they would meet their Waterloo in no distant time.
(Punch)
featured Metro