By Kcharm - December 17, 2020
Jesy Nelson has returned to social media for the first time since announcing she's quit Little Mix. 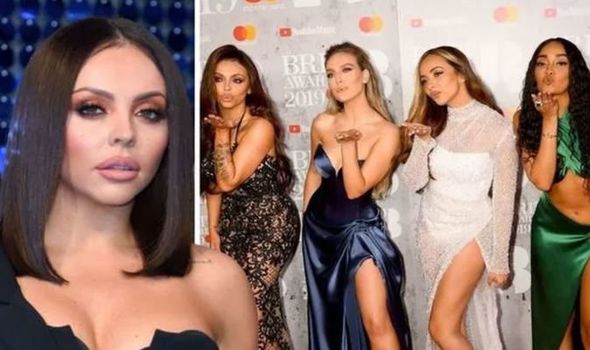 The singer, 29, penned a message saying the support she'd received from fans had made her 'so emotional,' after announcing on Monday she was leaving the band to focus on her mental health.
Jesy wrote: 'I just want to say thank you so much to everyone of you that has shown me so much love and support over the past few days some of your messages have made me feel so emotional and I appreciate it so much love you all.' 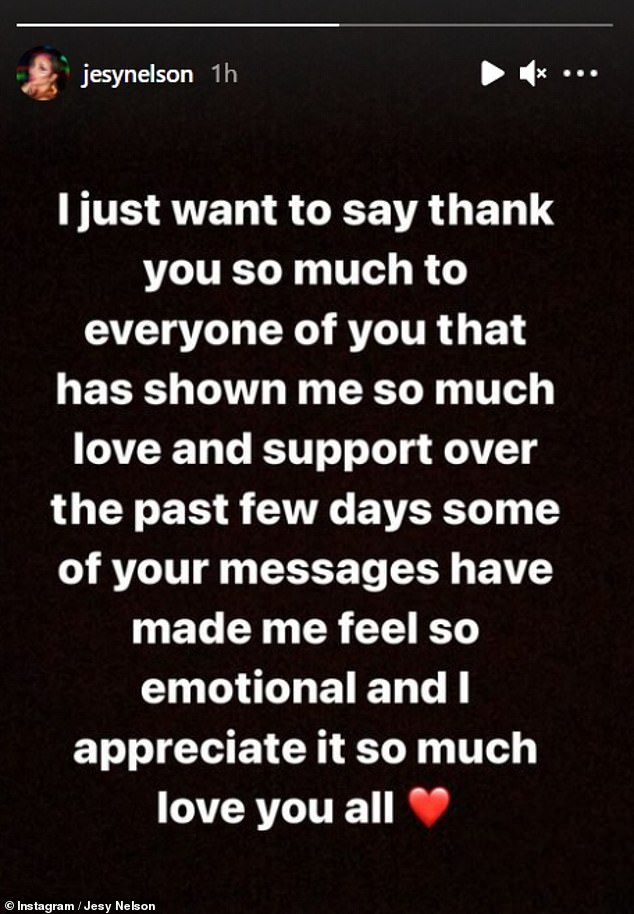 Jesy announced her departure from Little Mix on Monday night in a lengthy Instagram post, three weeks after it was confirmed she'd be taking an extended break from the band.
'There comes a time in life when we need to reinvest in taking care of ourselves rather than focusing on making other people happy, and I feel like now is the time to begin that process.
'So after much consideration and with a heavy heart, I'm announcing I'm leaving Little Mix.'
Jesy emotionally added: 'I need to spend some time with the people I love, doing things that make me happy. I'm ready to embark on a new chapter in my life - I'm not sure what it's going to look like right now, but I hope you'll still be there to support.
'I want to say thank you to everyone involved in our journey. All the hard work and dedication that went into making us a success.
'To every single fan who came to see us in concert, who listened to our songs and sung their hearts out, sent me messages and supported me along the way I want you to know I love you all so much and I could never have done this without you and I appreciate it endlessly.
'Most of all I want to say thank you to Jade, Perrie and Leigh-Anne for creating some of the most amazing memories I'll never forget. I hope that you'll continue to fulfil all of your dreams and keep on making music that people love. Love Jesy x.' Following her announcement, Jesy proceeded to unfollow Little Mix's manager Samantha Cox, who still follows other members of the band.
She's also removed any mention of Little Mix from the top of her Instagram profile, replacing it with an email address.
Perrie Edwards, 27, Jade Thirlwall, 27, and Leigh-Anne Pinnock, 29, admitted it was an 'incredibly sad time' for the band but they 'fully support' Jesy's decision.
Fans were left devastated over the news as they sent their best wishes to both Jesy and the band in emotional messages.
While several celebrities, such as Dermot O'Leary and Frankie Bridge, reached out on the post to support Jesy as they praised the star for her 'brave' decision.
Little Mix also confirmed that they would be remaining as a trio, saying that they are 'not ready for it to be over'.
They penned on both Instagram and Twitter: 'After an amazing 9 years together Jesy has made the decision to leave Little Mix. This is an incredibly sad time for all of us but we are fully supportive of Jesy.
'We love her very much and agree that it is so important that she does what is right for her mental health and well-being.
'We are still very much enjoying our Little Mix journey and the 3 of us are not ready for it to be over.
'We know that Jesy leaving the group is going to be really upsetting news for our fans.
'We love you guys so much and are so grateful for your loyalty and continued support of all of us. We're looking forward to seeing so many of you on tour.'
They signed off their post with: 'Love always, Jade, Perrie and Leigh-Anne xxx.'
Last month, Little Mix's representative announced Jesy would be taking an 'extended break' from the band due to 'private medical reasons.' Jesy has been a member of the band since their formation on The X Factor in 2011.
The singer missed the final of her BBC reality series with the band, Little Mix The Search, and also pulled out of hosting the MTV EMAs.
The Little Mix girls had been due to host and perform at the 27th edition of one of the biggest nights in global music - the 2020 MTV EMAs - on November 8.
A statement released to MailOnline read at the time: 'Jesy is unwell and will not be appearing on tonight's final of Little Mix The Search.
Only recently, it was claimed that Little Mix are reportedly planning to pursue solo careers.
Arts & Entertainment