The Appeal Court on Wednesday quashed the seven years jail term handed over to former Peoples Democratic Party’s, PDP, spokesman, Olisa Metuh by a Federal High Court in Abuja because of bias from the judge. 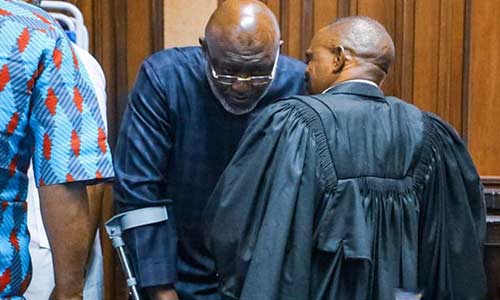 The Federal High Court in Abuja had on 20 February 2020 sentenced Metuh, to seven years in prison over N400 million money laundering.

He was convicted by Justice Okon Abang on all seven counts filed against him the Economic and Financial Crimes Commission, EFCC.

The former PDP’s spokesman appealed the judgement of the court.

But Justice Stephen Adah, who led a three-man Appeal Court panel nullified Metuh’s sentence on grounds that Justice Abang was biased in delivering judgement against him and his company, Destra investment.

The court ordered a fresh trial of the case against Metuh, ordering that the case file should be sent back to the Chief Judge of the Federal High Court for re-assignment.

Abang had while giving his judgement in February sentenced Metuh to seven years imprisonment in respect to counts one to three of the charges levelled against him.

The judge held that all the sentences should run concurrently, with effect from February 25, 2020.