Abubakar Shekau, Boko Haram leader chose the most important day in President Buhari’s life, his birthday, to literally mock him, by releasing the video of captured schoolboys of Kankara Government Science Secondary School. 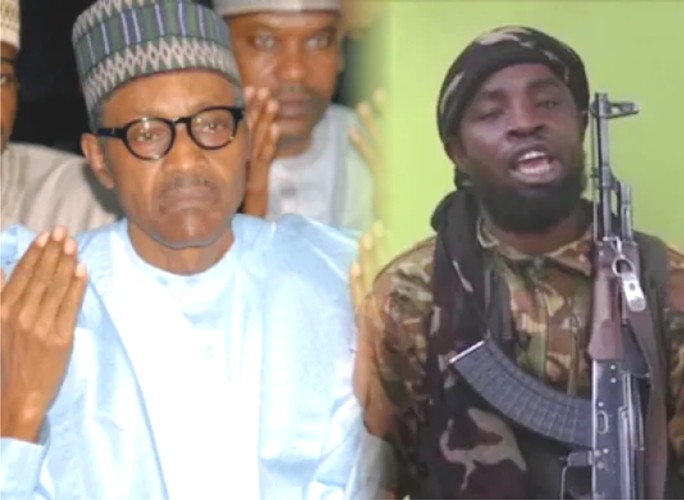 The video did not just confirm that the insurgents were the masterminds of the abduction last week Friday.

It was also a confirmation that the terrorists thought to have been contained on the fringes of Lake Chad, have opened another flank in the North West.

Intelligence reports have suggested many times that the terrorists are operating in the northwest.

Kankara has shown our nation that our security operatives can not continue to deny the obvious.

According to reports, the bandits that stole Kankara students arrived in the town on motorbikes, carrying AK 47 rifles.

They arrived early enough to be seen by security agencies, especially DSS operatives, who by now ought to know that their work is to gather intelligence from all parts of the country, to prevent an embarrassment like we have now.

But nothing was done, either by DSS or the police until the bandits or terrorists stormed the school and plucked the students away.

This egregious national embarrassment happened on the day Buhari arrived Daura, about 200kms away.

It is a misnomer to continue to call the gunmen marauding in the Northwest as bandits. They are Boko Haram.

Shekau from his hideout in northern Nigeria, even did a voice-over in the video he released on Thursday, boasting that his claim that his group captured the boys has been proven.

As reported by the website ‘Humangle,” Shekau said many people thought he was lying when he claimed responsibility for the schoolboys’ abduction.

Shekau said he would be taciturn since skeptics could now see the boys by themselves. And the skeptics are especially the Nigerian military chiefs.

“Even if I didn’t say anything, here are my people speaking, and here are your boys speaking too,” he said.

Shekau was saying all this on Buhari’s birthday, virtually boasting that he could operate even in Katsina, Buhari’s home state.

Even as sycophantic governors, politicians, and presidential aides were praising Buhari on marking 78, here is one proof that a major plank of his promise to Nigerians in 2015, has fallen apart.

Boko Haram war has now lasted more than 11 years, with no end in sight. Five of the years have been under Buhari’s watch.

Buhari’s failure or underachievement in thrashing the insurgency first manifested in the kidnap of 110 schoolgirls of Dapchi in Yobe State in February 2018.

Many of the girls were later released, but the terrorists held on to one, Leah Sharibu. She is now almost forgotten.

Further signs of failure of the insurgency war were underscored three weeks ago, when Shekau’s Boko Haram slaughtered 78 rice farmers in Zabarmari, in Borno State.

Put this side-by-side with the kidnap of 520 schoolboys, two weeks apart, one begins to wonder, who actually controls the security of northern Nigeria: Buhari or `Shekau?.

Buhari has stubbornly stuck with his team, causing Nigeria and Buhari himself huge embarrassment all over the world.

Maybe one day, Buhari in his memoirs will reveal why he has stubbornly kept the service chiefs, who appear to have run out of ideas.

In Borno, the main theatre of Boko Haram, General Buratai operates a super camp policy, in which he masses troops and war weapons in some big camps, leaving many villages and towns unguarded. One does not need to go to military school to know that this policy protects the troops, by their sheer number, not the civilians, not our villages and towns.

This is at the root of the easy way Boko Haram fighters strut the Borno land, inflicting damage on the civilian population.

Only recently, after the genocide in Zabarmari, a retired general and Sultan of Sokoto wondered aloud, why the military authorities have not sent troops to occupy the entire Lake Chad islands, on the Nigerian side and take Boko Haram out once and for all.

Sultan Abubakar was not just making an unrealistic suggestion. This, he said, was the way things were some few decades ago when he was in the army and he indeed led troops occupying those islands.

President Buhari must urgently rethink the entire security arrangement and do something quickly to redeem himself and preserve a legacy he hoped to bequeath to Nigerians, which is handing over a country secured from terrorism and banditry.

The way things are, Buhari has allowed Shekau to virtually gatecrash his birthday party.

Political opponents are also having a reverse dig on him. No more #Bringbackourgirls’ that followed the kidnap of 276 schoolgirls in Chibok in 2014 under Jonathan. The reigning hashtag is now #Bringbackourboys’.